A romance that takes place during the zombie apocalypse. What's not to love, right? Well, there were several things that I did love about this book.

I liked that the zombie aspect wasn't watered down (yet definitely not overly gory).

I enjoyed the differing POV's. I know that multiple points of view in a story annoy some people, but I quite enjoy them when done well, as they were here. I loved how each character's storyline intersected with each other throughout the first half of the book, so when they all do finally converge at Red Hill, it made sense.

Where the story started to lose some of it's punch, was during the last third or so of the book - when the focus shifted to the rather melodramatic romances between several of the main characters.

Nathan was a great character when he was running for his life and trying to protect his daughter, Zoe. Scarlet was a badass when she was searching for her two missing daughters. But put them together? Not so much. Their relationship had this whole 'insta-love' feel to it that I just did not buy. And the love triangle that developed between 3 of the other characters also didn't really work for me as well. My problem was that I really liked all of these characters...until they started to really interact with each other.

Speaking of characters...considering this book takes place during the apocalypse, it's not exactly surprising that not everyone makes it to the end. I have to say, I was really surprised by how many characters ended up being killed off...and in some cases by some of the ones who survived.

But, there was one instance where the death of a character was not only unexpected, but also not fully explained. And this particular death was my biggest pet peeve about this book. It happens "off-screen" and comes completely out of left field. There was a brief paragraph about what happened to this character, and then they are pretty much forgotten for the rest of the book. Considering this person was a main character, it really pissed me off that the death was brushed aside so easily by both the author, and the remaining characters.

I do like the fact that (as of now) this book is a standalone. And the story did feel completed, without any lingering lose ends. But, this book was much more entertaining when it was strictly a survivalist story and didn't focus so much on the romance (and this is coming from someone who loves romance novels).

Considering I wasn't a big fan of McGuire's Beautiful Disaster, I was overall impressed by the writing in this book, and by the fact that she definitely went outside the box here.

**Note: This review is based on an Advanced Readers Copy.**

Book was kindly provided by the publisher in exchange for an honest review.

View all my reviews

Posted by This Bookish Girl at 2:42 PM 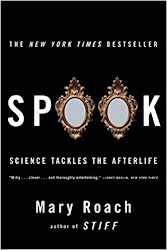 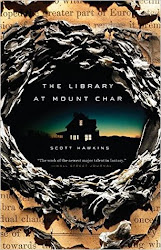 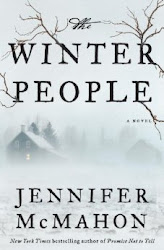